Today I’ve been invited to participate in My Writing Process blog tour, thanks to the lovely Jennifer Joyce for inviting me! Jennifer is the author of A Beginners Guide To Salad, which I’ve just started reading and think it’s fab so far! You can find her on jenniferjoycewrites.co.uk.

The idea of this is that you answer four questions about your writing process, and then nominate three authors to follow you on the tour, so without further ado…

1) What am I working on?
I’m not allowed to mention what I’m actually working on right at this second, but I hope to have some exciting news to share very soon! I’ll have to talk about another WIP that I can’t wait to carry on with instead – it’s a new YA, untitled as of yet (my ideal title would be protected by copyright so I have to think of something else that fits!) and it’s really different for me. It’s dark and gritty, probably a bit controversial, exploring human nature at it’s darkest. I haven’t planned it out at all, I was so excited about the idea that I wanted to start writing it straight away. It’s a different approach as I usually start with at least some kind of plan, but I’m hoping the different approach and the different style will complement each other!

2) How does my work differ from others of its genre?
It’s probably a bit weirder than most! People have started to expect quirky from me, you know, vampire pumpkins or zombies at the North Pole, so I’m getting a bit of a reputation as the quirky, weirdo writer. I’m not sure if that’s a good thing or not!

3) Why do I write what I do?
Because I love it! That’s the answer you’ll probably find from most participants on this blog tour! I write chick-lit and YA because that’s what I love, it’s what I read, it’s what I get excited about, and I love both genres equally, so I write in both.

4) How does my writing process work?
I’m not a huge planner, but I’m not a pantser either. Generally I start by writing an extra-long blurb, the kind of thing you’d see on the back of a book, but more in-depth and with spoilers. After that I jot or type pages of notes, just the flashes of inspiration or ideas that pop up when I’m thinking about the book, and more often that not when I’m washing my hair and have no access to a pen and paper or laptop! I write down everything, every little idea for each book, because I know how often I think of something brilliant only to forget it moments later! The next step is a vague chapter-by-chapter outline – this is mostly to make sure I have enough material to write an entire book out of the idea, and an attempt to keep track of the storyline and how it gets from beginning to end. It’s nothing more than a list of scenes really – who’s in them, why, what they’re doing, what they want, etc. Each chapter has maybe one or two sentences about what will be happening in it, because I like to keep things vague so the characters can still take over if they want to. Things do change a lot from this outline when the actual writing starts, characters take the lead, sometimes they go places or do things that aren’t planned, and that’s okay because it’s only a shitty first draft. That’s how I think of the first draft – for me, the purpose of it is to write the story, to get the words down on paper, to go off on tangents if need be, to tell the story and not worry about something not working or not fitting in. It’s going with the flow and writing random ideas as they come to you. If it doesn’t work later then it will be edited out or drastically altered in the second draft. In first draft mode, I don’t go back or edit anything, I just write until the end, then put it away for as long as possible – ideally a few months but it can’t always be done. After time has passed, I re-read it and re-work it into a second draft, then edit, edit, edit it through two or three more drafts until it’s ready for a professional editor.

And that’s it from me!
I’m nominating three wonderful authors to post next week, and they are: 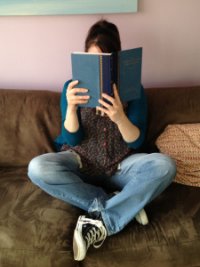 Tilly Tennant
Tilly Tennant was born in Dorset, the oldest of four children, but now lives in Staffordshire with a family of her own. After years of dismal and disastrous jobs, including paper plate stacking, shop girl, newspaper promotions and waitressing (she never could carry a bowl of soup without spilling a bit), she decided to indulge her passion for the written word by embarking on a degree in English and creative writing, graduating in 2009 with first class honours. She wrote her first novel in 2007 during her first summer break at university and has not stopped writing since. She also works as a freelance fiction editor, and considers herself very lucky that this enables her to read many wonderful books before the rest of the world gets them.

Dan lives in Gainsborough, Lincolnshire (England) with his young daughter and his shabby dog, Skye.

He is the Author of the charity poetry book Life is all but a vast array of Colours and phobia Novella The Caseworker’s Memoirs. His first full length novel, A YA Fantasy entitled The Black Petal will be available soon. Also in 2014, a dark new adult novel entitled Here Lies Love will be released.

A lover of YA and fantasy fiction, you can often find him writing on his blog, writing book reviews and connecting online with other writer-type people and interviewing authors. Dan grew up reading Enid Blyton’s The Famous Five series, secretly coming up with his own inventive adventures, and R.L Stine’s The Goosebump series, before turning to the works of Philip Pullman, Eoin Colfer and Marcus Sedgwick and slipping away into alternate realities. He also loves a good Historical Thriller too. 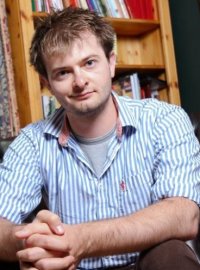 Jack Croxall
Born in High Wycombe, Jack Croxall now lives in rural Nottinghamshire with his chocolate Labrador, Archie. He has a degree in Environmental Science from the University of Nottingham and currently toils away as a science writer in between working on his books. He tweets via @JackCroxall and blogs at http://www.jackcroxall.co.uk

My ninth book with HQ Digital!
~ When Sasha goes to help her father with his failing Christmas village in Norway, she stumbles across sacks of unopened Santa mail and realises she can send a little bit of magic out into the world by replying to them, but can she rediscover the sparkle of Christmas and find love under the Northern Lights?
Out October 18th 2021:
Amazon UK ||| Amazon US
And from all eBook retailers!

My eighth book with HQ Digital!
~ What do you do when ‘the one that got away’ now won’t go away?
In fact, he’s so determined not to go away that he’s literally chained himself to a tree.
Out May 26th 2021:
Amazon UK ||| Amazon US
And from all eBook retailers! 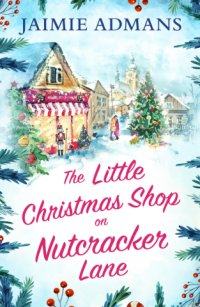 My seventh book with HQ Digital!
They say wishes come true on Nutcracker Lane...
After making a wish to finally find Prince Charming, Nia accidentally knocks over and breaks a human-sized nutcracker and runs away. When she returns to pay for the damage, she stumbles across a man in exactly the spot where she left the broken nutcracker. A very gorgeous, very charming man. But he couldn't actually be the nutcracker... Could he?
Out October 16th, 2020:
Amazon UK ||| Amazon US
And from all eBook retailers! 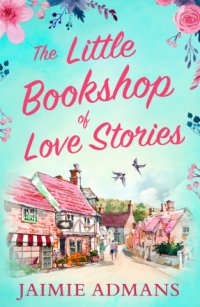 My sixth book with HQ Digital!
What book lover doesn't dream of owning their own bookshop?
Unlucky Hallie's luck suddenly changes when she wins a bookshop and discovers something very special hidden inside the pages...
Out May 8th, 2020:
Amazon UK ||| Amazon US
And from all eBook retailers! 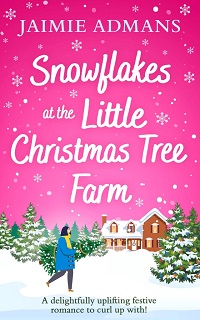 My fifth book with HQ Digital!
All she wants for Christmas...
Leah Griffiths wakes up the morning after a few too many glasses of Prosecco and realises she's accidentally bought a Christmas tree farm in Scotland!
Out October 9th, 2019:
Amazon UK ||| Amazon US
And from all eBook retailers!

My fourth book with HQ Digital!
What if one moment could change your life?
After months of silent flirtation on the tube, one day the gorgeous "Train Man" drops his phone and disappears into the crowds without realising. Ness picks it up and decides to return it by tracking him down to a perfect seaside village where he's restoring a vintage carousel on the beach...
Out April 3rd, 2019:
Amazon UK ||| Amazon US
And from all eBook retailers!

My third book with HQ Digital!
One night will change their lives forever...
It’s a Wonderful Life has always been a big influence on Georgia Bailey’s life, and never more so than when she answers the phone one night to a man about to jump off a bridge. She recognises his voice as they talk, but he clearly hasn’t recognised hers. It’s her chance to anonymously make Leo’s life just a little more wonderful again…
Out October 5th, 2018:
Amazon UK ||| Amazon US
And from all eBook retailers!

My second book published by HQ Digital!
Will you... pretend to marry me? Bonnie is sent to investigate a rumour that no marriage that's ever taken place on Edelweiss Island has ended in divorce, but the locals aren't too keen on reporters, so the only thing she can do is team up with her arch rival and pretend to be engaged...
Out March 2nd, 2018:
Amazon UK ||| Amazon US
And from all eBook retailers!

My first book published by HQ Digital!
Wendy stopped believing in fairy tales a long time ago. Until she inherits a crumbling French chateau that's rumoured to help anyone who lives there find love...
Out June 7th, 2017:
Amazon UK ||| Amazon US
And from all eBook retailers!

Even being dead isn't enough to get you out of maths class!
Dying wasn’t on sixteen-year-old Riley Richardson’s to-do list. And now, not only is she dead, but she’s stuck in a perpetual high school nightmare. Worse still, she’s stuck there with the geekiest, most annoying boy in the history of the world, ever.
Available now from:
Amazon UK ||| Amazon US

Mistletoe Bell hates Christmas, until she is whisked off to a reform school at the North Pole, run by elves determined to change her feelings towards the festive season!
Released November 6th 2013!
Available from:
Amazon UK ||| Amazon US

A young adult romantic comedy about making the boy you love realise you exist.
Available now from:
Amazon UK ||| Amazon US

Finding the perfect man isn't easy... Especially when it's for your mother!
A feel-good chick-lit romantic comedy! Available now from:
Amazon UK ||| Amazon US

If you listen closely, you can hear the faint sound of screaming over the Jingle Bells... Can Kaity help Santa's daughter save Christmas from being destroyed by Anti-Claus?
A fun, festive, family read!
It's FREE on:
Amazon UK ||| Amazon US
Also available free from all other major ebook retailers!

I have a novella in this fab anthology published by HQ Digital!
Available now from:
Amazon UK ||| Amazon US
And all other ebook retailers!